We made it through January hooorahh. Nights are getting a little lighter and even though it’s cold and windy and still clearly winter  it’s rather warming to think that  March is in touching distance, closely followed by spring.

Four weeks ago, pretty much everyone I know made a New Year’s Resolution around food, activity or booze. Most were  the result  of opulent living over Christmas.  So, four weeks in, how are people’s  resolutions going?

New Year’s resolution are usually  laced with the regret and guilt  of Christmas. Often, because we feel pretty rotten we want results fast and our expectations are really  high. A resolution by definition is a firm decision to do or not to do something. So, essentially it’s a strict rule. It’s an I will do this or I won’t do that. The problem for me is that the breaking of the rule or the resolution is a catastrophic failure, there’s little room for flexibility.

I have not seen many people succeeding with their resolutions. All around me I’m hearing and reading, mostly from women , ‘ I’ve been good, I’ve been bad, I fell off the wagon, I’ll start again tomorrow, I ONLY lost half a pound what’s the point, I had a bad week, I need to refocus, start again on Monday’. I must admit, these are all words that have fallen out of my mouth, the type of words that do nothing apart from chip away at your motivation until there is none left.

Don’t get me wrong I’m very goal driven and  a big advocate of having something to aim for as it helps motivation but, I like to try and set positive goals. See my post How to Recover from a Debauched Christmas. I can’t live with  rules so narrow that it’s inevitable I’ll  break them  and  beat myself up about it. I have been guilty of this in the past and learnt it does not get you anywhere apart from stuck where you are and miserable.

Stuff resolutions, I’m all about Revolution. By definition revolution  is a forcible overthrow in favour of a new system. A few years back when I first embarked on my own health and fitness  mission, which is still a work in progress,  I overthrew the bad habits I’d had for years, the negative thinking and guilt, the cycle of setting the goals too high and always failing .

Most importantly, I stopped believing in the myth that there is a quick fix for everything . There isn’t.  This myth  is fed to us by shows such as the biggest loser and myriad celebrity diets and fads which  only serve to make us normal people with limited time and money,  feel like we aren’t doing enough and we need to try harder.  So, we buy the book, join the slimming club, join the gym, buy the pills and  keep the diet industry’s tills stuffed.

So, I set myself a new type of goal. For the first time ever a goal that would be fun and make me happy. To get fit and lose some timber in order to have a fighting chance at learning to surf rather than to stop being a fat munter which was the kind of language I used before, how is that even  a goal? Well, it’s not, it’s a giant shit stick  and that’s why it never worked. The key to success was going to come from a revolution in my thinking and  it would all start in my head, not necessarily  with what was on the end of my fork.

My revolution  was quiet and not extreme in any way. I adopted a  lifestyle  in which moving more and eating right most of the time have become the new normal. I made changes so small they can be sustained, a weekend or even a week of drinking and eating whatever I want is ok. I don’t have strict rules so I can’t  break them and declare a catastophic  fail. I’m determined to no longer be driven by guilt. I get my motivation from the  positive effects my efforts  have on my well being and of course my ability to surf. 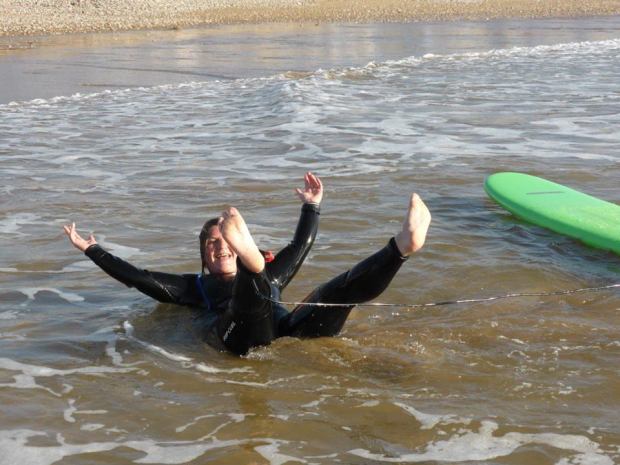 Interestingly the one place I have seen lots of  people succeeding and feeling great this month is in the running community. Particularly the runners page This Girl Can Running. The excitement, the positive language the girls are using, the celebration of even the smallest progress and the support and encouragement on that page is inspiring. Take a look here.  These ladies of all ages, shapes, sizes and abilities  are feeling good about themselves and it shows. If you want some motivation go and read some of the threads.

Playing  the long game,  a more relaxed approach and not having unrealistic expectations has worked. Taking up activities that make me feel good has worked. Having positive motivation has worked. Wanting to stay in good health as I approach my middle years has worked. As it stands it averages out that I’ve lost half a pound a week for 30 months and  that’s awesome. Sometimes I don’t make any progress for weeks on end and I have also now experienced  that health and fitness aswell as my commitment to the revolution  goes in cycles and that’s ok.

As the short lived fads and resolutions of others fade into the past I will keep moving forward, slowly but, always moving, experiencing  small changes, celebrating small victories and enjoying a nice cake and a bottle of wine when I want one.

If this is what revolution looks like, Vive La Revolution , fill my glass! 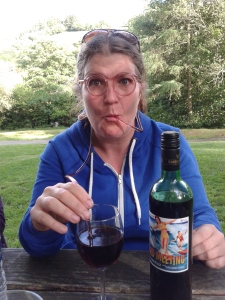 Interested in taking up running but, don’t want to do it alone? That Outdoor Girl are booking people in for the April course now here if you are lucky enough to be near one of their classes